While Mt Everest has been part of planet earth for 1000s of years, it's was 1st discovered to the west in 1852 by Radhanath Sikdar (an Asian mathematician and surveyor from Bengal who was the first to identify Everest as the world's highest peak).  Since then the conquest of Mt Everest Expedition was the dream of 1000s of climbers who didn't know Mt Everest ever existed. After over a century, On May 29, 1953, Tenzing Norgay, a Sherpa of Nepal, and Edmund Hillary of New Zealand become the first explorers to reach the summit of Mount Everest. They were the legends who paved the path for explorers who wanted to feel what it is like to be on top of the world. After Everest was claimed, word went out to the western world and Everest Expedition became a sensation all over the world. For many Mt Everest became a dream to see in person but not everyone to take the risk of climbing Everest. Many explorers came to take a glance at Mt Everest but little did they know, Mt Everest wasn't visible from top to bottom from Everest Base camp which had become a tourist attraction for many years. In between the discovery of viewpoint, Kala Patthar was discovered from where the mighty Mt Everest could be seen from bottom to top. Kala Patthar literally translates to "Black Stone", the reason being on the way up to Kala Patthar, one has to hike over big black stones.

Today, people from all over the world come to visit Everest base camp & Kala Patthar comes to see the magical presence of Mt Everest. It's definitely a life-changing experience that goes as long as 14 days. If you're reading this blog, it definitely means you're interested in trekking in the trails of Mt Everest and to make things easier for you, we've collected the rear facts and FAQs which you might need for your upcoming Mt Everest base camp trek adventure.

How hard is the Everest base camp trek?

Everest Base Camp is by far one of the most searched tourist destinations in Asia. Although thousands of Tourists visit EBC every year, it’s not everyone’s cup of tea. Everest Trek is graded as a challenging trek as it’s a long hike at a very high altitude. While it’s one of the most asked questions, “How hard is Everest base camp?”, Answers might depend upon the medium of the trek. If one is travelling alone by himself with just maps and directions shown by local people, it can be really challenging as communication is not very hard up there. After certain places, you might find yourself in places where you can’t even find footprints due to wind. So, yes, Solo travel can be more challenging if you’re new to the region.

Whereas, if you’re travelling in a group trek organized by a local tour agency, although the trek itself is challenging, because of proper guidance and preparation you can conquer Everest base camp at 5,364 m (17,598 ft) with ease and all joy along the way.

In nutshell, the Everest base camp hike is a relatively harder trek than the rest of the trek in the Himalayas of Nepal.

Is Everest base camp worth it?

Mt Everest Base Camp is one of the most popular tourist attractions in Asia. People from all over the world come here to experience the Khumbu glacier & majestic view of Mt Everest From Kala Patthar. If you want to explore various dimensions of emotions and have a life-changing trip, the Everest Base Camp trek is definitely worth every single penny as it’s once in a lifetime experience quoted by travellers and hikers all over the world.

How hard is it to climb Mount Everest?

Mt Everest Is the highest peak in the world. The altitude and the force of nature up there are incomparable with any other forces of Nature. While there are two routes of Mt Everest Expedition, Route from Nepal is considered real one as Mt Everest lies in Nepal with a proper expedition route. The difficulty level of the Mt Everest expedition is really high, you’ll need at least a few years of Mountain climbing experience, a team of Sherpa, a porter, and various equipment to conquer Mt Everet. While it’s really challenging, it’s not impossible.

How high is Mt Everest base camp?

Where is Mt Everest base camp?

Mt Everest is the highest peak in the world and it lies in the Himalayas of Nepal. While Mt Everest is shared with China too, the actual Mt Everest peak lies in Nepal. Similarly, due to different routes, one from China and another from Nepal, EBC lies both in Nepal and China. While Nepal Everest base camp is at an elevation of 5,364 m (17,598 ft), whereas China’s EBC likes at an elevation of 5,100 m (16,900 ft)

How high is mount Everest base camp?

Mount Everest Base camp is one of the highest trekking trails in the world. There are two Everest base camps where people generally start their Mt Everest expedition. One is in the South of Mt Everest in Nepal, which is approximately at an elevation of 5,364m, and another one at the North which lies in Tibet (China) at an elevation of 5,100.

Can you see Everest from base camp?

How much money does it cost to climb Mount Everest?

The cost of the Mt Everest expedition generally ranges from $40,000 to $45,000 which included permitting, Sherpa guide, food, and all necessary equipment that one might need to conquer Mt Everest.

How to get to Everest base camp?

How long does it take to climb Mount Everest? 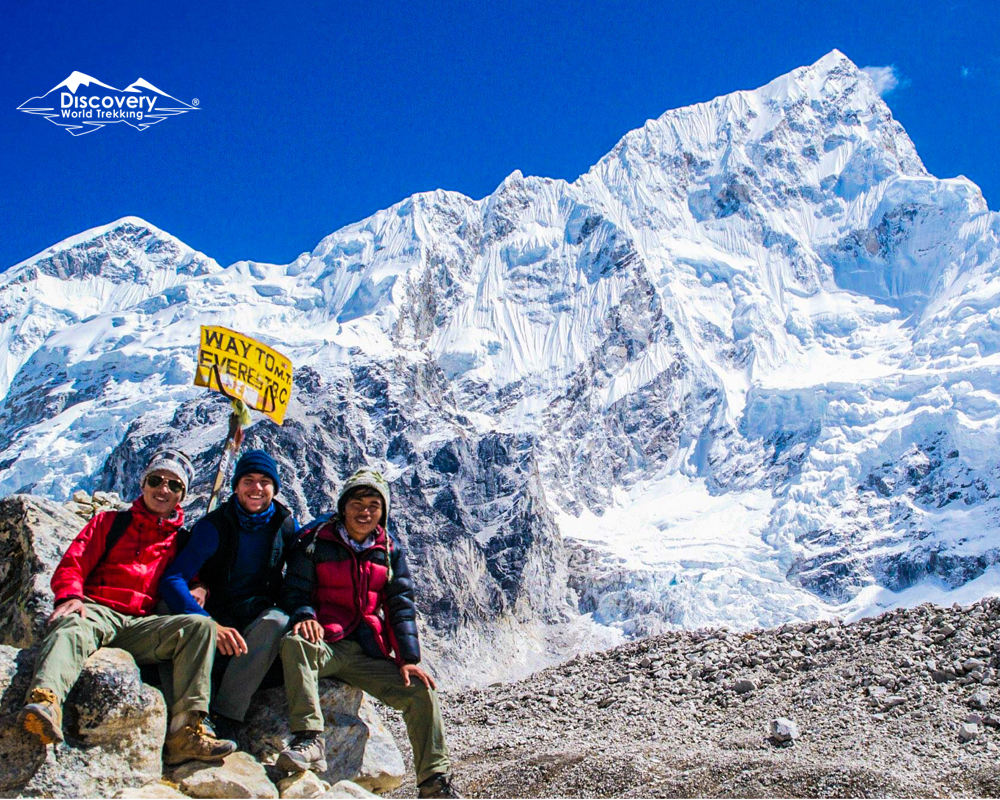 Climbing Mt Everest has many factors to consider. One can complete the Mt Everest expedition in 50-60 days (Around two months) if all necessary measures are taken and the weather is favourable.

How hard is it to climb Everest?

Apart from freezing temperature and wind, Mt Everest base is the highest peak in the world which makes it one of the most difficult mountains to climb. You’d require to acclimatize for a long duration before you could land at the summit and descend back to EBC. Before climbing Mt Everest, generally, people climb a few other mountains so that they adapt to the challenges.

What is base camp?

Why do people climb Mount Everest? 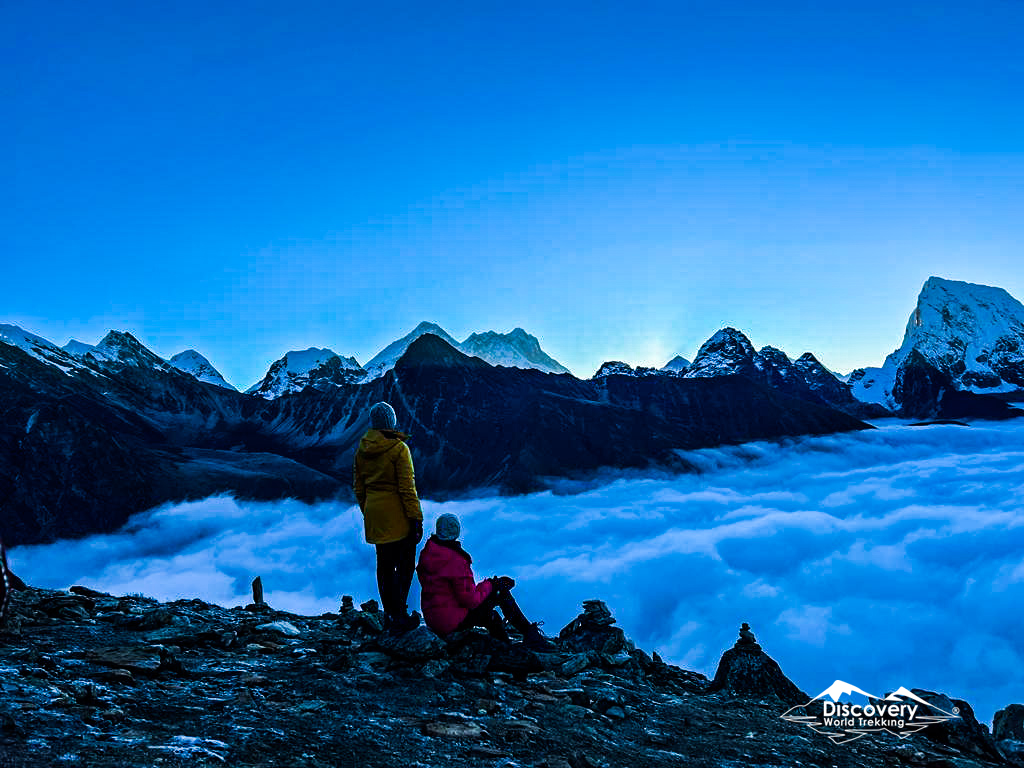 Historically people have been travelling and exploring all corners of the earth to find unanswered questions. Mt Everest is the peak of the world, which makes it one of the most unique creations of nature. Many travellers and trekkers have explained that Climbing Mt Everet gives you a sense of being human and helps you to see the world from a different perspective. Apart from all spiritual stories, the expedition also gives you a break from the monotonous life and rethink your life and make the world a better place.

Is mount Everest in china?

In 1852, Radhanath Sikdar, a surveyor from Bengal, identified Everest as the highest peak, much higher than the Kanchanjunga, which was thought to be the highest mountain back then. In 1856, Andrew Wa...

Some interesting trekking gear to consider for your next trek

Technology is progressing fast, and the trekking gear industry is coming up with several innovative products. Here are some interesting items you should consider buying before starting your trek.&nbsp...