Weather and Climate in Nepal 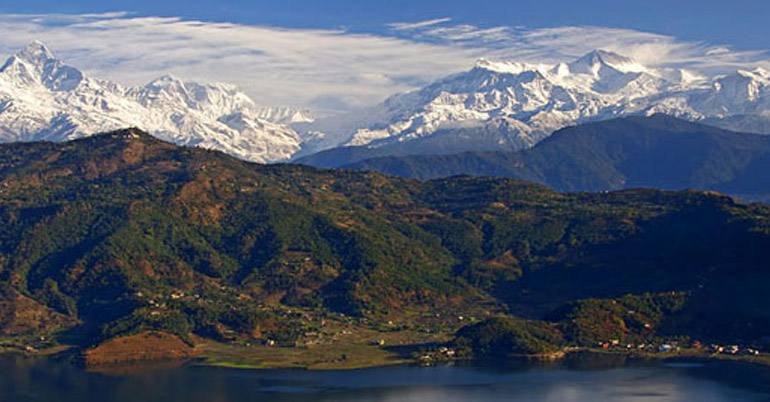 The climate and weather vary according to its season in Nepal. The winter season which falls from the end of November to March, in which the weather is stable and the sky mostly is clear. It is the coldest weather. During this season, the haze often sits in valleys and reaches up to the Himalaya which make the unclear sky, possible to have trekking in the lower altitude areas trekking, as because, the snow falls heavily in the higher altitude areas making travelers difficult to walk and see the clear views of the mountains, etc. But it does not snow in Kathmandu and you can travel in the plain land in the Terai area, but in the morning and evening, it is really cold, need to prepare for the bad weather.

The autumn starts from Mid-September to end November, in which the weather is a little humid with sunny days and warm nights. It is the most popular season for trekking or tour in Nepal. During this season, the hills seem too colorful and the sky is so clear that you will be able to have amazing vistas including that of mountains, landscapes, and more. Because of amazing weather, the major trekking trails in Nepal such as Everest, Annapurna, Langtang, and so forth are filled by travelers. The spring is one another most popular season for trekking in Nepal which falls from March to May. The weather is warmer and the day is long. The rhododendron's flowers bloom making the trail look beautiful and amazing feeling. This season is especially suit trekking to the higher altitude area trekking including the peak climbing and expedition. The lower altitude area is warm and even so hot.

The summer season is a bit difficult to travel in Nepal which falls from June to September. During this season, it rains heavily and therefore, why people avoid trekking but in Nepal, there are numerous rain shadow areas like Mustang, Dolpo areas, where there rains little. But the mountain areas are covered with fog and rains almost every day, the trails are slippery also the leeches are so active, and therefore create difficulty to have better sky and the scenery. However, this season is a really amazing season as there is greenery everywhere; the valleys are filled with flowers and butterflies.

This is the most popular season for having trekking in the mountain or high altitude area. Usually, during autumn, the weather is a bit warm with a clear sky, or days and nights are a bit cold. In the higher altitude, the nights sometimes even drop down to zero temperature. In this season, the views of the mountains are surprisingly clear, so that you will be able to have amazing vistas including that of mountains, landscapes, and more.

During this season, the weather is stable and the sky is mostly clear and therefore, it is also possible to have trekked. During the day the temperatures are cool, but the night is often very cold and freezing. The days are generally clear but often storms and snows freezing. As it snows heavily in the high Himalayas, it is possible to have trekked in the lower altitude areas. Since it does not snow in Kathmandu and in Terai, the plain land and therefore, it is the best seasons or times to travel in them.

Spring (mid-March to May)

During the spring, it is usually clear in the morning but the cloud covers in the afternoon and sometimes it rains as well. During this season you can have amazing greenery as the flowers such as rhododendron, jasmine, pine, etc. blossom. It is the second most popular season for trekking as the weather and climate are such a wonderful and pleasant.

During monsoon, the morning usually is cloudy, and even the day which covers all the ridges and Himalayas making it difficult and uncomfortable to see. The weather, however, is hot and it rains almost every day. The trekking trails usually are muddy and the leeches often are active. During this season, it is possible to have trekked in the trans-Himalayan regions of Mustang, Dolpo, and so forth, since these areas lie in a rain-shadow. And therefore receive significantly less precipitation than other parts of the country.