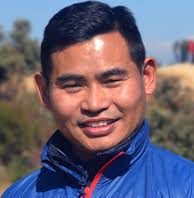 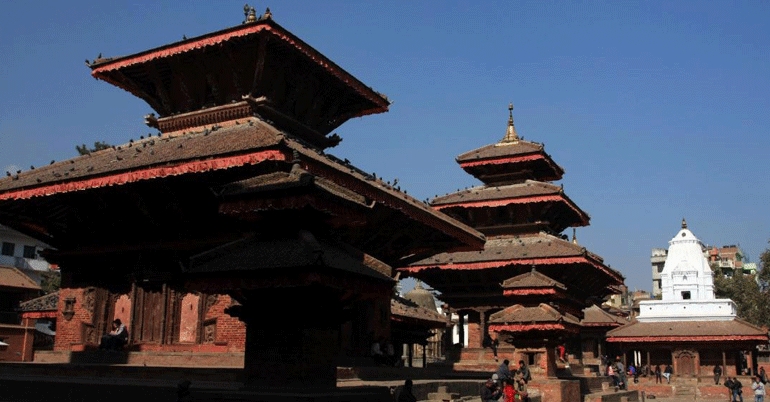 Kathmandu valley tour includes the ancient cities of Kathmandu, Bhaktapur, and Patan. One Day Kathmandu (Nepal) Tour, An interesting world heritage sightseeing tour of the historical and cultural architecture, religion and local lifestyle tour with pleasant scenery of the valley for the whole day in private luxury Car/ Jeep.

Surrounded with green hills Kathmandu is the capital city of Nepal. Kathmandu valley includes the ancient cities of Kathmandu., Bhaktapur, and Patan. The artistically built temples and palaces, delicately engraved stone and metal images, carved wooden columns and pillars and history-laden shrines and chaityas of these three historical cities stand testimony to the excellence in art and architecture during the medieval period. Kathmandu valley has seven archaeological and historical sites inscribed into UNESCO world heritage list spread within a radius of 20km which include Kathmandu Durbar Square, Patan Durbar Square, Bhaktapur Durbar Square, Swyambhunath, Boudha Nath, Pashupatinath and Chagunarayan.

There are thousands of monuments, temples, shrines and stupas spread around the Kathmandu valley. The house of the Living Goddess (Kumari Ghar), the ferocious Kal Bhairav, the red monkey god, and hundreds of erotic carvings are a few examples the sights at the Kathmandu valley square. The square teems with colourful life. Kastamandap rest house is said to have been built with the wood of a single tree and is the source from which the Kathmandu valley got its name.  Nearby are great drums, which were beaten to announce royal decrees. All woodcarvings, statues, and architecture in this area are exceptionally fine and Kathmandu durbar square is among the most important sights for travellers to see. The complex also houses the Tribhuvan Museum that carries the mementoes of different Shah Kings.

Perched atop a hill on the western edge of the Kathmandu Valley, Swyambhunath is the most ancient architecture and enigmatic religious complex, surrounded by stupas, a variety of shrines, temples, painted images of deities and numerous other religious objects. The compound is centered on a gleaming white stupa, topped by a gilded spire painted with the eyes of the Buddha. Depictions of these eyes appear all over the Kathmandu Valley. It is known as the Monkey Temple because of a troop of monkey. The history of the valley, according to the legends, begins with Swoyambhu, or “ the self-existent”. In times uncharted by history, Boddhisatwa Manjusri came across a beautiful lake during his travel. He saw a lotus that emitted brilliant light at the lake’s centre. So he cut a George in a southern hill and drained the waters to worship the lotus. Men settled on the bed of the lake and called it the Kathmandu valley. From then on, the hilltop of the self-existent Lord has been a holy place. Images of the important deities, both Buddhist and Hindu, are found installed here.

Pashupatinath is the holiest Hindu pilgrimage destination in Nepal. There are images of Shiva along with statues, shrines and temples dedicated to other deities in the complex. A temple dedicated to Shiva existed at this site in 879 AD.  However, King Bhupendra Malla built the present temple in 1697. A gold-plated roof,  Silver doors, and woodcarvings of the finest quality decorate the pagoda construction. Guheswori Temple, restored in 1653 AD, represents the female “force”. It is dedicated to Satidevi, Shiva’s the first wife, who gave up her life in the flames of her father’s fire ritual. Some other places to visit are Rajrajeswori Temple, built in 1407, Kailas with lingas more than 1400 years old, Gorakhanath temple and the courtyard of Biswarup. There are rows of Shiva shrines and Hindu pilgrims from all over  South Asia offer worship to Shiva, the Lord of Destruction.

Situated in the town of Boudha, on the eastern outskirts of Kathmandu dominating the skyline, Boudhanath is one of the largest stupas in the world and the holiest Tibetan Buddhist temple outside Tibet, It is the center of sacred heart of a thriving Tibetan Buddhist community outside Tibet and rich in Buddhist symbolism. Since 1959, Boudha has been the focus for Tibetan exiles in Nepal, but it has been a sacred site on the Kathmandu–Tibet trade route for centuries. It is also the most important Tibetan Buddhist monument.

This whole square is a cluster of fine pagoda temples and stone statues. It is at the same time the business hub of the city. At every step one comes across a piece of art or an image of a deity, testifying to the consummate skill of Patan’s anonymous artists. The stone temple of Lord Krishna and the Royal Bath with its intricate stone and bronze carvings are two other masterpieces in the same vicinity. The temple of the lord Krishna holds a commanding position in patan’s palace complex.  Though its style is not wholly native, it is one of the most perfect specimens of Nepalese temple craft.  The three storey stone temple continues to elicit high praise from lovers of art and beauty. The minute details of this work clearly show the high level that the art of stone carving attained in the sixteenth century.

Bhaktapur Durbar Square is a conglomeration of pagoda and Shikhara-style temples grouped around a fifty-five window palace of brick and wood. The square is one of the most charming architectural showpieces of the valley as it highlights the ancient arts of Nepal. The golden effigies of kings perched on the top of stone monoliths, the guardian deities looking out from their sanctuaries, the wood carvings in every place- struts, lintels, uprights, tympanums, gateways and windows – all seem to form well-orchestrated symphony. The main items of interest in the Durbar Square are the Lion Gate, the Golden Gate, the palace of Fifty-five windows, the five-storey pagoda styled Nyatapola temple and the temple of Dattatreya.

All foreigners except Indians, require a visa to enter Nepal. Visa is available on arrival in the Tribhuvan international airport. Visa can be extended at the central immigration office www.immigratiion.gov.np The visa application will require at least a passport of 6 months’ validity, and a passport size photo. The current cost of visa fee is the US $40 for 30 days which have to be paid in cash. Citizens of China and the SAARC countries will receive a free visa. There are certain countries (Nigeria, Ghana, Zimbabwe, Swaziland, Cameroon, Somalia, Liberia, Ethiopia, Iraq, Palestine, and Afghanistan)that may not receive the visa on arrival and so you will have to contact your local Nepalese embassy.

Nepali Rupees (NPR/Rs) is the local currency. (1 USD = ~ Rs.100 NPR). We can exchange most of the foreign currencies through local banks and legitimate money exchanges in Kathmandu and all over Thamel. Small amounts of cash can also be exchanged at the hotel. The ongoing rate of exchange is visibly displayed. The government of Nepal has banned the import, export and use of 500 and 1000 Indian Rupee note in Nepal. You should ensure that you are not carrying these notes on arrival in Nepal as they will be confiscated and you may also be fined. Despite having security advantage of traveler's cheque, we prefer cash exchange to avoid hassles like a lengthy process and high rate of commission at the banks. You can withdraw cash (in Rupees only) from one of the many ATMs in Kathmandu and Thamel itself. There are quite several ATMs that are open around the clock. The maximum withdrawal amount is 35,000 Rupees for a 500 Rupees processing fee if you are using your foreign card. If you use the money exchange facility at banks and financial institutions the service fee charge imposed is about four percent or more depending upon the bank. Please note that most of the established banks in Asia will not accept foreign currency notes that are old, torn or faded. Please ensure that you have new, clean notes

We strongly believe that our environment has to be protected as tourism may bring negative effects on it. We highlight the positive aspects of tourism on the environment. Furthermore, Discovery World Trekking works together with the Kathmandu Environmental Education Project (KEEP) and organizes eco-friendly trips about the most environmentally sensitive and culturally rewarding that meet the expectation of both travellers and communities.

Write a Review on Tripadvisor 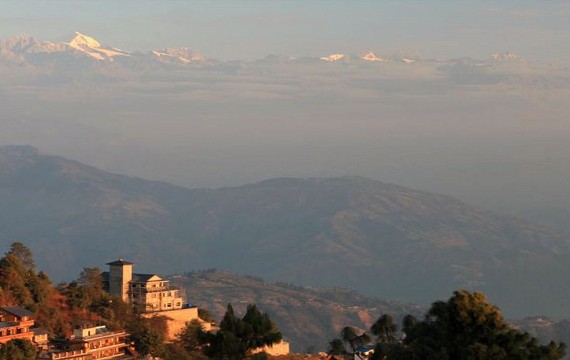 Book Your Trip Now or Learn More
US$ 100pp 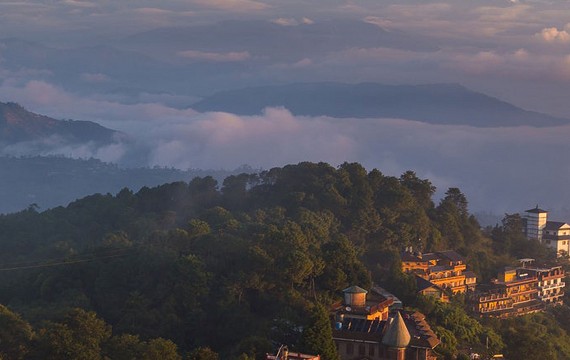 Book Your Trip Now or Learn More
from US$ 100pp