7 exotic wild animals you can spot in the Nepali Himalayas

Mountains comprise about 25% of the total land area, and about 10% of the world population lives in the mountains. Mountains contribute heavily to global biodiversity by providing habitats for different species and animals. With an average elevation of 10,715 feet, Nepal is the second most elevated country on earth. Around 80% of Nepal is mountainous, and the Himalayan region accounts for 15% of the total area of Nepal. In fact, eight out of the fourteen highest peaks in the world lie in Nepal.

However, the Himalayas also form some of the most inhospitable areas in the world due to frigid temperatures, harsh winds, steep slopes, and snow cover. The regions in the vicinity are unfertile, and the vegetation cover is patchy. Hence, the animals living in the Himalayas have to battle for food and water in addition to low oxygen levels.

In the past, you could find Yak and Tibetan sheep in the Nepali Himalayan wilderness, but that is getting rarer and rarer. These days the Himalayan people keep yaks as draught animals.

Here are some wild animals that you can find in the Himalayan region. 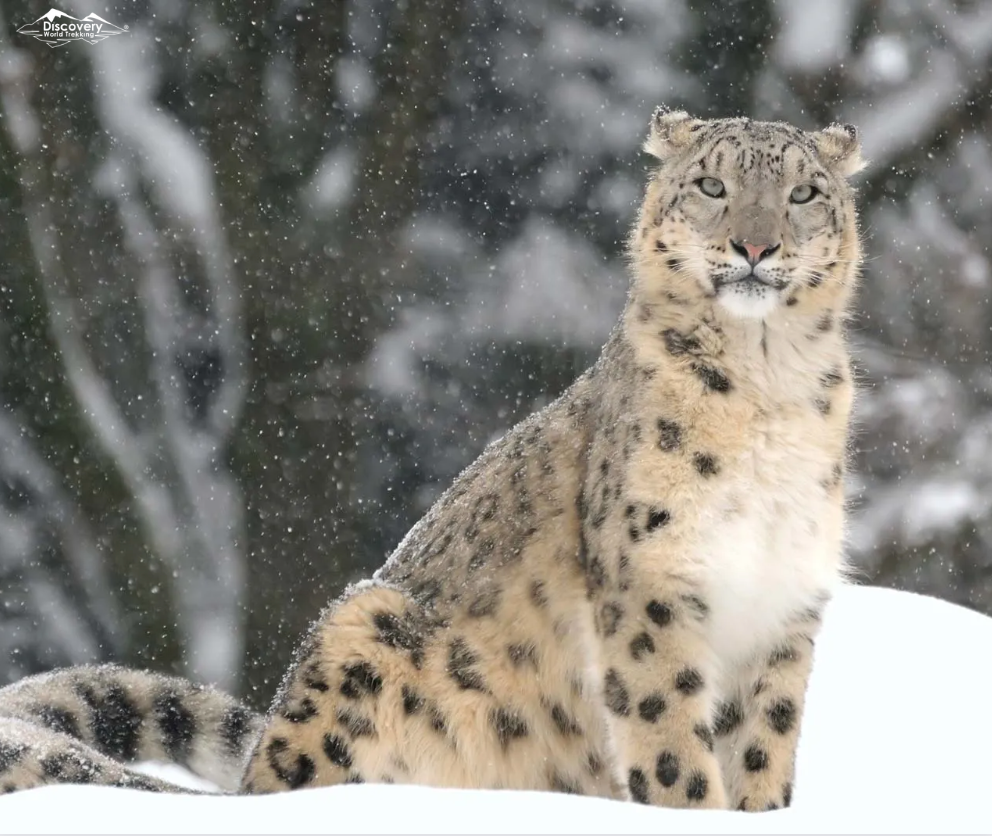 These majestic cats have black and brown spots on their white and yellowish skin adorned with thick fur to withstand the frigid temperatures of the high Himalayas. As one of the most endangered animals, you must be patient to see them in the alpine region. In the Nepali Himalayas, snow leopards frequent the Gokyo Valley.

Red pandas are some of the cutest animals on earth, with reddish-brown fur, long tail, and black belly. Their muzzle, cheeks, brows, and ear margins are white. Their size is roughly equal to that of domestic cats, and their body also looks similar to a cat. Red pandas sleep as much as 17 hours in a day, often on tree branches or hollows, and are nocturnal. 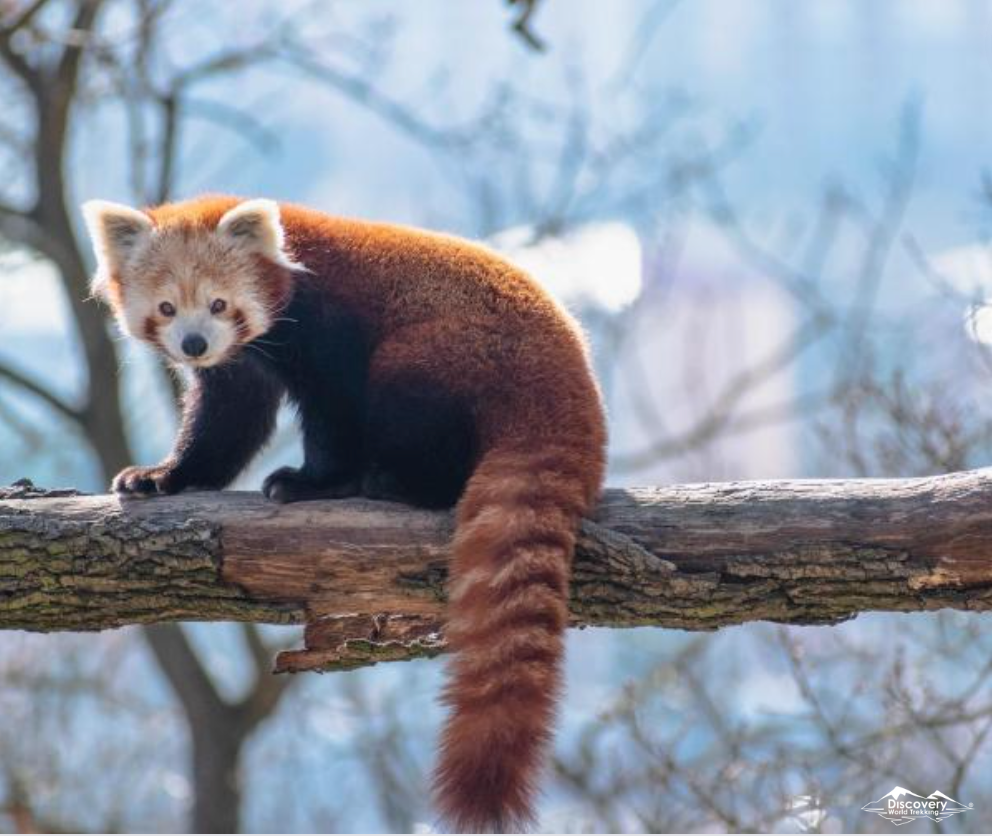 Red pandas live in temperate forests and will move to lower regions in the winter months. Though they mainly feed on leaves and bamboo, they will also eat fruit, insects, lizards, and even bird eggs.

You can find red pandas in Langtang National Park, Sagarmatha National Park, Kanchanjunga Conservation Area, and Makalu Barun National Park of Nepal. So as you trek through these areas, you should keep an eye on bamboo trees to spot these animals. Red pandas are also endangered animals. 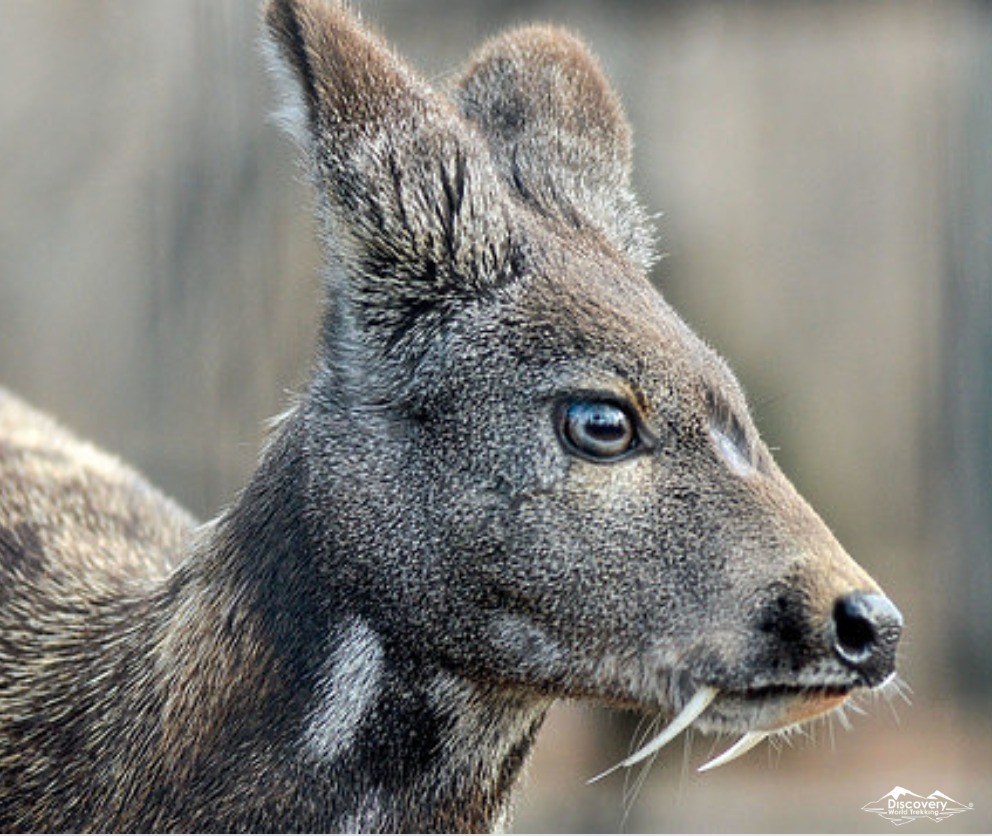 Musk deer, known for their aroma, are timid, nocturnal, and crepuscular animals that prefer to stay far from humans. Their diet includes grasses, flowers, and leaves. These white-bellied deer are targets of animal poachers, mainly for musk pods, used to manufacture perfume and traditional medicines. Hence musk deers are listed on the International Union for Conservation of Nature (IUCN) endangered list. You have a chance to view these beautiful animals as you pass through Debuche, Tengboche, and Phortse in the Everest region. In addition, you can get views of musk deer in the wild in the forests of Manang and the Annapurna Conservation Area.

You can find Himalayan black bears in the Himalayan districts, in regions with heights from 10,000 to 12,000ft. The length of an adult black bear ranges from 54 to 65 inches and can weigh up to 120 kg. These bears have a dark coat and a distinct pale yellow crescent on their chests. Like the pandas, Himalayan black bears also climb down to lower elevations during the winter. As they sleep throughout the colder months, before winter, black bears feed voraciously to add fat to their bodies. Small creatures, nectar, nuts, and roots form the major diet of these omnivorous animals.

Wild boars are common in the hilly regions as well as lower parts of the Himalayas. They can grow to 6.5 feet, weigh up to 200 kg, and have brown, black, gray, or red coats. They have a pair of tusks on their lower lips. Wild boars, omnivorous by nature, are very shy and come out for food mainly at night. Their diets consist of nuts, roots, berries, and carrion. Male boars have longer tusks, and they often use them to fight with each other to get females.

In Nepal, wild boars occur in almost all protected lands, but you must be watchful, mainly during the night, to get sight of them.

You can find Himalayan tahrs at elevations ranging from 3,000 to 4,200m. These relatives of wild goats have pointed backward horns, and copper-brown coats, while the males have tangled manes over their necks and chests. Their thick coats keep their bodies warm in the chilly Himalayan climate, and the rubbery hooves provide them superb hold on the rocky surfaces, allowing these animals to stroll on the steep mountainsides.

Himalayan tahrs can grow up to 5.5ft tall and weigh up to 85 kg. They often walk in a herd of 20 to thirty, and males often clash with each other to get the females. Their diet consists of grass, bushes, and spices.

You can find Himalayan tahr at Dhorpatan Hunting Reserve and in Sagarmatha National Park. Most probably, you will come across at least a Himalayan tahr herd while trekking from Namche to Pangboche, at Phortse and Kynagjuma valley.

Marmot is one of the highest elevation-dwelling mammals typically found between elevations of 3,500 to 5,200m at temperatures running from 8 to 12°C. Unlike most other animals, Himalayan marmots live in open habitats like alpine grasslands, meadows, and deserts. Himalayan marmots live as a colony in deep burrows, which they also use for hibernation. They have chocolate-brown coats with yellow patches on their faces and chests.

You can find Himalayan marmots in the upper Mustang region in Nepal.

In addition to these exotic animals, you can find Himalayan blue sheep, Himalayan yak, and martens as you trek to the high Himalayas. If you really love exotic high mountain animals, you must trek to Nepal. You can call us at +977-9840055491 or email [email protected] to make this happen.

7 Reasons for Helicopter Tours in Nepal

A Detailed Guide for the Everest Expedition

In 1852, Radhanath Sikdar, a surveyor from Bengal, identified Everest as the highest peak, much higher than the Kanchanjunga, which was thought to be the highest mountain back then. In 1856, Andrew Wa...

Some interesting trekking gear to consider for your next trek

Technology is progressing fast, and the trekking gear industry is coming up with several innovative products. Here are some interesting items you should consider buying before starting your trek.&nbsp...