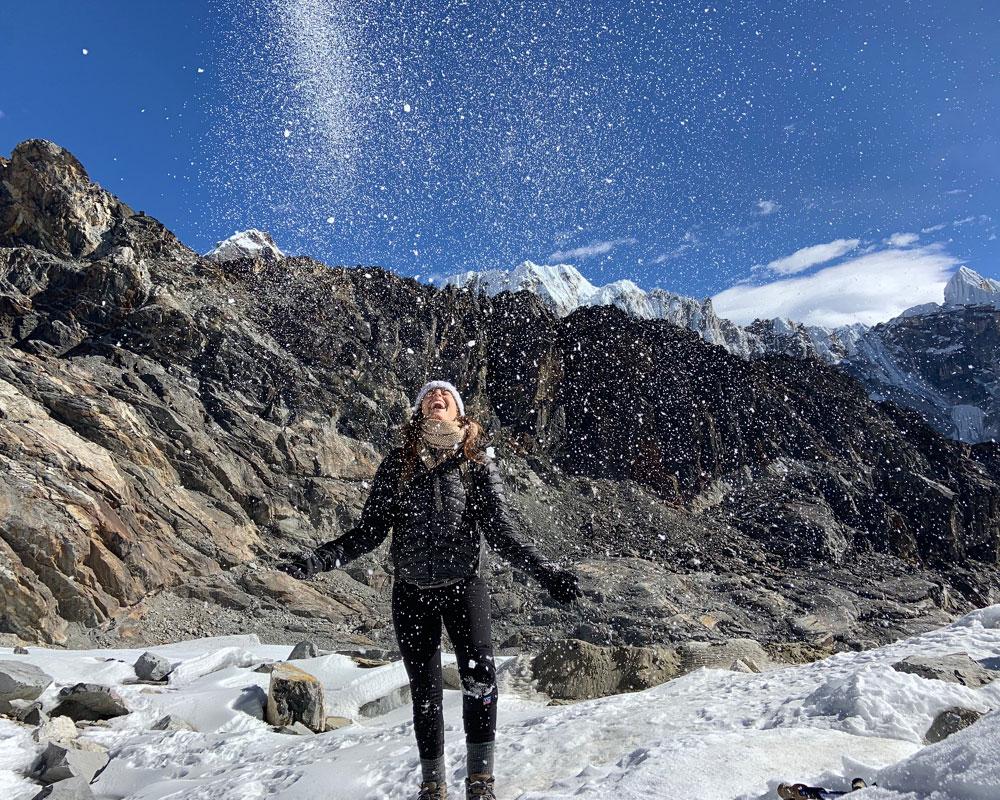 7 Reasons You Should Visit Nepal In 2020

Nepal is a landlocked country in South Asia situated between Tibet and India. Nepal, the world’s 2nd highest freshwater reservoir is covered with hills and mountains more than 65% of its land. Consisting of more than 200 white rock mountains above sea level, Nepal is one of the most beautiful natural gifts to mankind. History goes back to centuries where various cultural events have left 1000s of Temples, Monasteries, and monuments making a country with cultural and natural beauty at its peak.

Mithila Art to Kirat Dynasty, Nepal is not just a place for trekkers and hikers, it’s cultural beauty has made significant effort to map the nation towards peace and prosperity. Geologist to Seekers, Nepal has a little bit of everything when it comes to nature. Deep Dense forest with tourist attractions such as Jungle Safari, Elephant Safari in terai with tharu and Mithila Culture covering cities like Chitwan, Janakpur where you can find culturally exquisite resorts and cottages for a sensational experience of  Beautiful Country, species like One-Horned Rhino, Bengal Tiger will give you a glance of wild beauty like nowhere. The middle region of the nation consists of infinite ranges of green hills and traditions followed by the tribes there. Major Ethnic groups in this region are Newar, Magar, Gurung, Chhetri, etc. who share a common space for Hinduism and Buddhism. A traditional practice of Kumari Puja ( Living Goddess) is a must-see event in Kathmandu, practiced by the Newar community of Kathmandu.

Then comes the Himalayan region, a homeland of the Sherpa Community who conquered Mt Everest as per record. You can see the lifestyle of the people living in the Himalayan region (Sherpas), the sacred kingdom of Upper Mustang, the Muktinath Temple, and many more which is exclusively made open to the public for 2020 by the Government of Nepal. 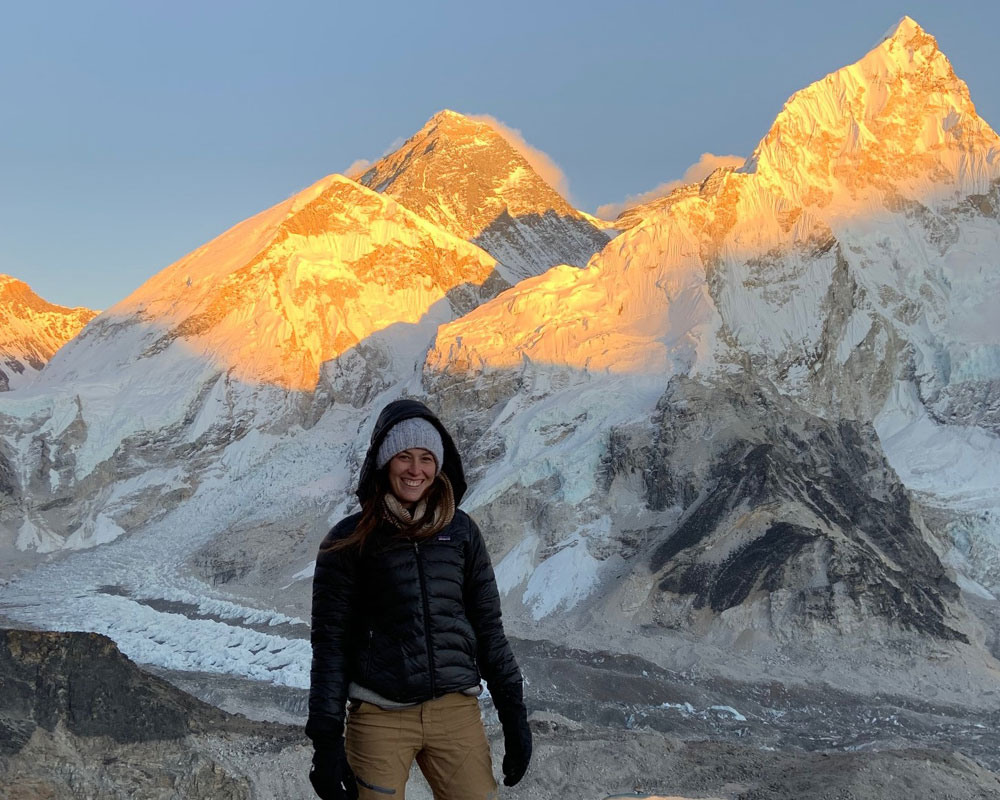 You guessed it right! Mt Everest is definitely the most iconic creation of nature. The humongous Mt Everest, conquered by Sir Edmund Percival Hillary and Tenzing Norgay on 29 May 1953 is the highest peak of the world, but is that enough to travel 700 miles far from your home?
Nope, today’s Nepal has a surprise for you in 2020. From professional trekkers to backpackers, passionate travelers to luxury travelers, Mt. Everest has many different paths for the seekers. Mt Everest Base Camp Trek, a short 10-14 days trek designed for all kinds of travelers who want to experience ultimate peace around white snow-capped mountains. Your way would be full of adventure. On the 1st day of your trek, you’ll see the world's two highest airports, Lukla and Syangboche Airport, ancient monasteries, the world’s highest glacier, a magical view from Kala Patthar, and many more. Not excited yet?

Okay, we have some more for you, travellers can also choose to trek via Gokyo Lake, an oligotrophic lake located at an altitude of 4,700–5,000 m (15,400–16,400 ft) which is one of the most elegant natural lakes with breathtaking views of the rock and ice mountains.
Now, all this adventurous fun definitely gave you a picture thrill, Let’s see what we have next.

2. Eight of the World’s highest peaks are in Nepal

Including Mt Everest, Nepal has 7 More highest peaks in the world. If that does sound you much, Nepal has 1310 know peaks which are  6,000 meters above sea level which makes Nepal a paradise for mountain lovers.

“Want to wander around the land of the mountains?
=Visit Nepal!
Want to see how many shapes can mountains peaks have?
=Visit Nepal”

Apart from Everest, Nepal has more when it comes to the Mountains. 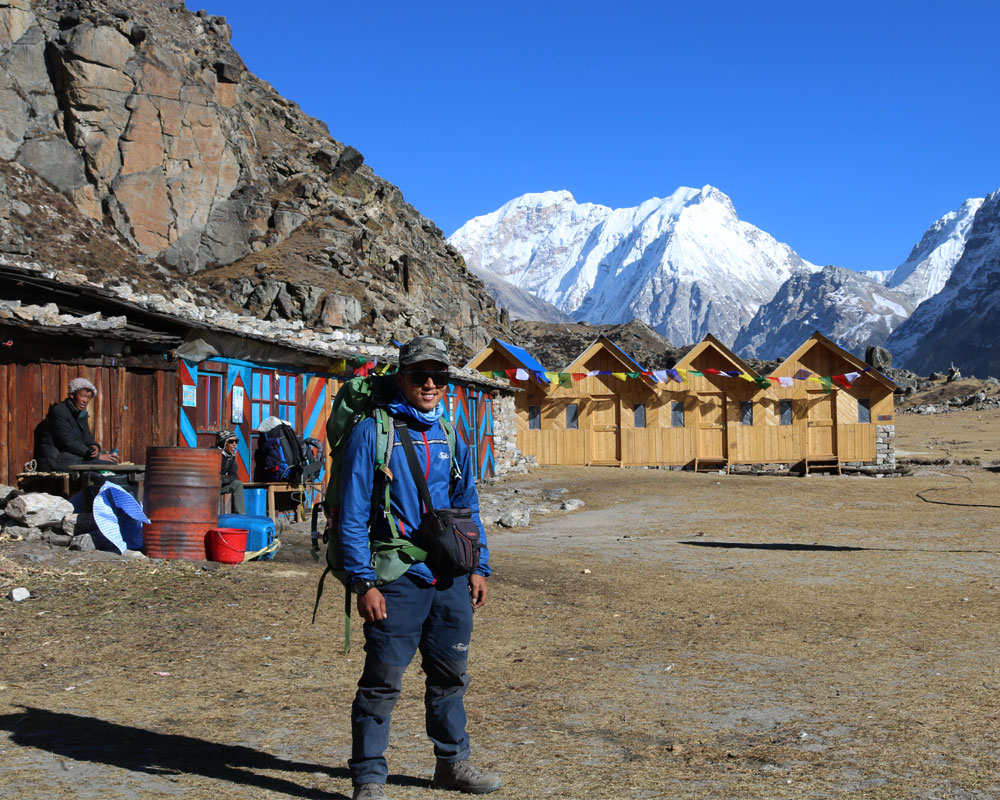 Considered by many as the finest trekking route in Nepal, the Kanchenjunga Trekking is a long trek that takes up deep into the remote mountain ranges on Nepal’s border with Sikkim and Tibet. On the trail, we explore the areas around Kanchenjunga the second highest mountain in Nepal and the third highest mountain in the world. ‘Kang-Chen-Zod-nga’,  in Tibetan means ‘the five treasure houses of snow’, it actually it has seven major summits. The Kanchenjunga massif is in the form of a gigantic cross, the arms of which extend north, south, east, and west. This recently opened Kanchenjunga region routes offer the chance to discover absolutely unspoiled highlands wilderness which gives you some idea of what to expect when visiting the area. 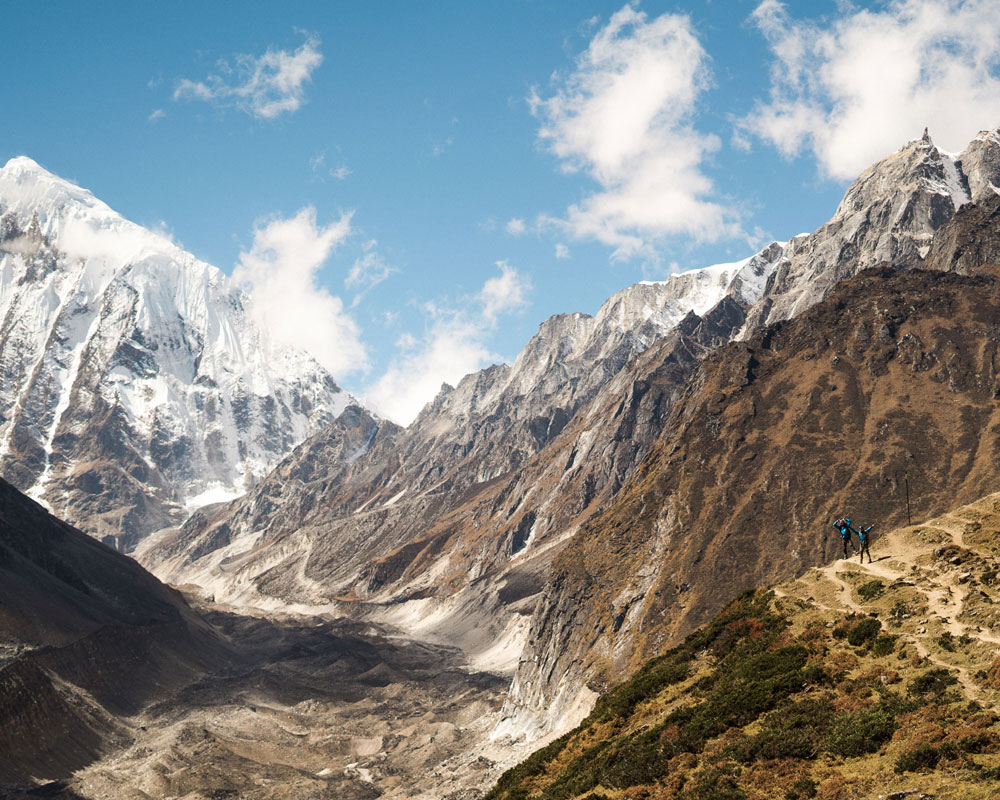 -(where travelers can experience adventurous Manaslu circuit trek, altitude up to 5,160m at Larkya la pass), Manaslu Circuit Trek is an adventurous classic trek to the untouched region of Nepal, offers an immense opportunity to experience the mountain scenery, beautiful landscapes, river falls and forests. Experts consider the Manaslu Circuit Trek among the best treks in Nepal. Despite its recent rise in popularity, the Manaslu Trek remains remote and off-the-beaten-path compared to the better-known teahouse treks in Nepal. The trek takes you around Manaslu, the world's eighth highest mountain at 8,163 meters (26,781 ft). 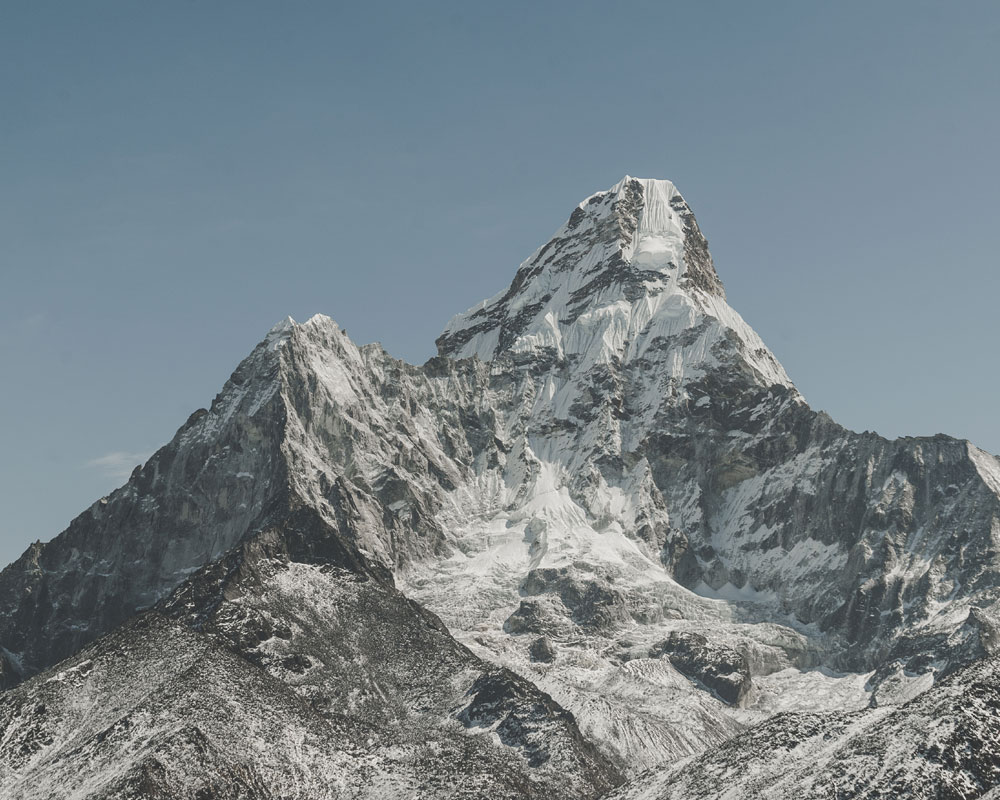 -(One of the peak of the most iconic mountain where hikers can go for the Ama Dablam base camp trek, )

If you are a seeker of adventure among the mountains, this trek is undoubtedly the one for you. An alternative trek in the Everest region. Ama Dablam has notable importance to the Sherpas of the region. Known popularly as 'Matterhorn' among westerners, Ama Dablam means 'Mother's Necklace'. The long moraines on each side of the peak, are shaped like the arms of a mother "Ama" shielding her child. The glacier portrays a necklace "Dablam", the traditional double pendant with pictures of god worn by Sherpa women. This trek offers us a moment to experience the up-close view of this intricate mountain. For daredevils who seek an unforgettable view of the Himalayan range of the Khumbu region as we walk past landslide trails and glaciers, this is one of the best options in the Everest region. 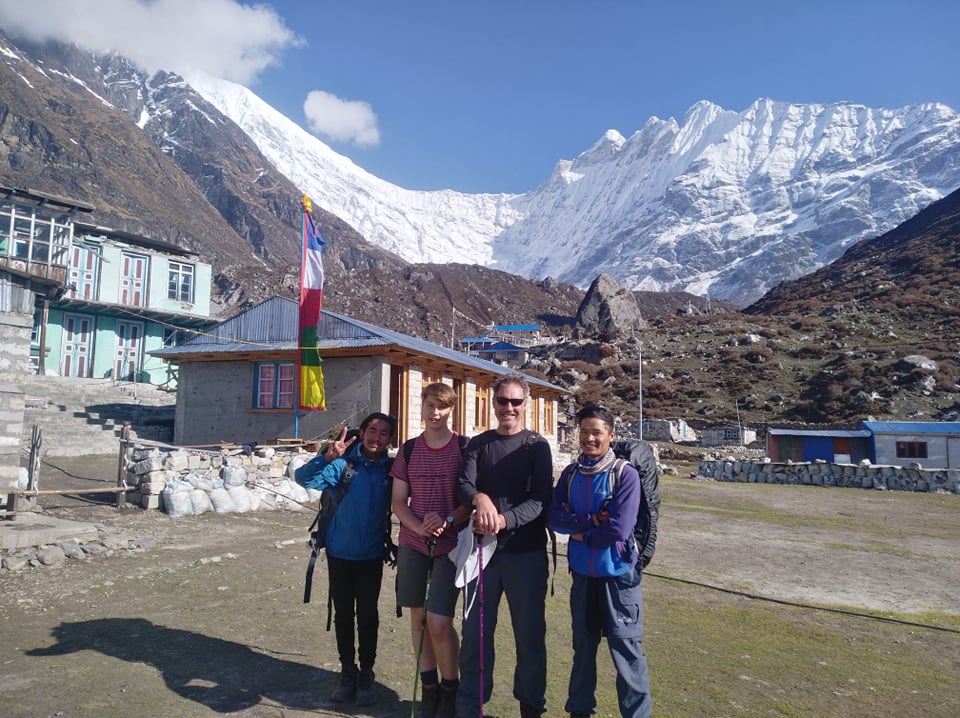 -(Where travelers can walk in off beaten trail of Langtang, popular treks like Langtang Gosaikunda Lake, Langtang Valley Trek are the nearest trekking route which goes up to 4,773m at Kyangjin Ri).

Langtang Gosainkunda is one of the most popular trek package in the Langtang region trekking situated in the northeast part of central Nepal, close and visible from Kathmandu valley, the trek to Langtang valley, the most appealing inner sanctuaries of the Himalaya, provides us the chance to experience deep gorges, rocky stone, pine forests, and yak pastures, and observing a grand perspective of the enticing attractions of the Tibetan tribe Buddhist religion with mystical monasteries grace the landscape, blending into the majestic visions all around with charming picturesque villages, multi-colored hillside terraces, serene valleys and breathtaking glaciers of the highest summits.
You can see the List of Mountains in Nepal here.

3. Nepal is recognized as a once in a lifetime experience destination by Forbes.

Let’s see what American Business Magazine; Forbes has to say about Nepal.
“From Luxury Jungle Safaris To Private Treks In The Himalayas” 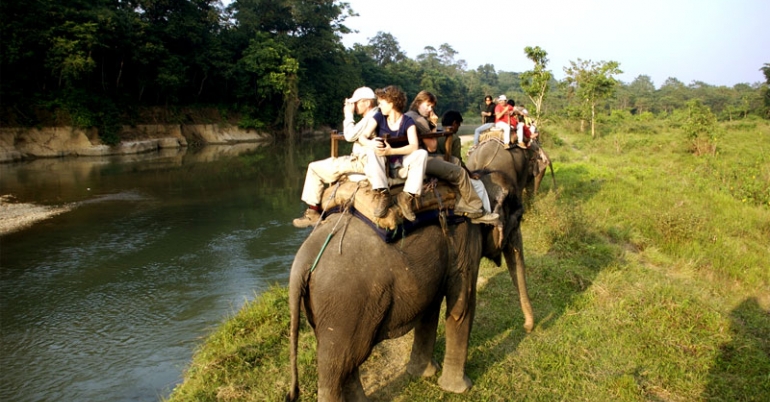 Not Interested in mountains for 2020?
Don’t worry, Nepal has a variety of Christmas and New year surprises for you. Apart from the breathtaking beauty of mountains, Nepal has just a little bit of everything inside a small landlocked country. Are you fond of Luxury resorts or want to spend a few weeks in peaceful cultural hotels?
Yes, Nepal has it all. There are 100s of Resorts and Hotels in one of the most iconic and exotic places in Nepal. High-End Business Hotels to Living Museum (Dwarika’s Hotel), Safari Camps to Cultural Cottages in national parks for Chitwan and Bardia, you’ll encounter a different world if you delve into the beauty of Nepal.

Not just for backpackers, Nepal has hidden natural jewels to uncover the world. Nepal has been a hiker destination for a long time but has more to it. The culture of buddist in Himalayan regions, one of the oldest Living kingdoms of Asia, Hotels like Dwarika which is recognized as a living museum.

There are 100s of temples situated at very high altitudes making the holy place sacred. You’ll find geographical diversity like nowhere in the world.

The government has put lots of effort to improve the mode of transportation which was making amazing peaceful places underrated. For the 1st time, so many off beaten trail routes are discovered for the lingering adventure of the lifetime. 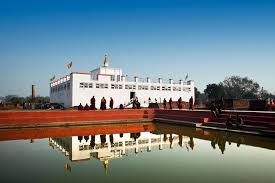 There are many countries today whose most population follows Buddhism as a part of their culture, want to know where all actually started?

Yes again, Siddharta Gautam, who is currently known as Gautam Buddha “Light Of Asia” was born in Lumbini (Buddhist pilgrimage site in the Rupandehi District of Province No. 5 in Nepal) where his early childhood memories are still kept sacred. Lumbini carries holy sentiment to millions of Buddhists in the world. 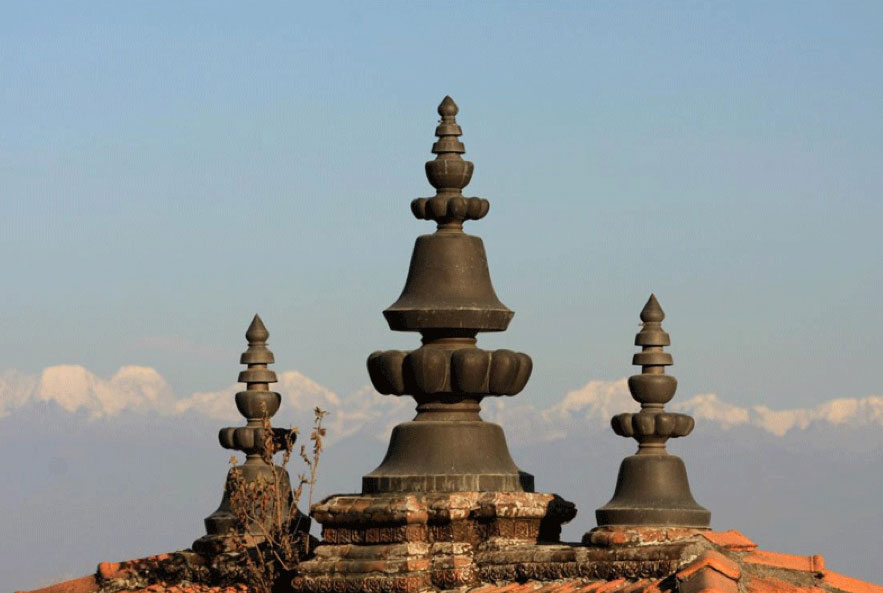 Nepal, a country of Himalayas, was home to the people who walked in a spiritual path. Temples like Changu Narayan whose history goes back to 325 AD, making it one of the oldest Temples of mankind. It lies on the way to Nagarkot, a place named changu.

Another Temple, which is known as the world's most sacred Temple of Hindu followers, which is flooded by the Hindu followers on the day of Maha Shivaratri. The History of Pashupatinath temple goes back to the 16th Century. Not only for Hindus, but the temple itself is also a beauty of fine architecture for 100s of years. It’s also listed as a World Heritage site by UNESCO. 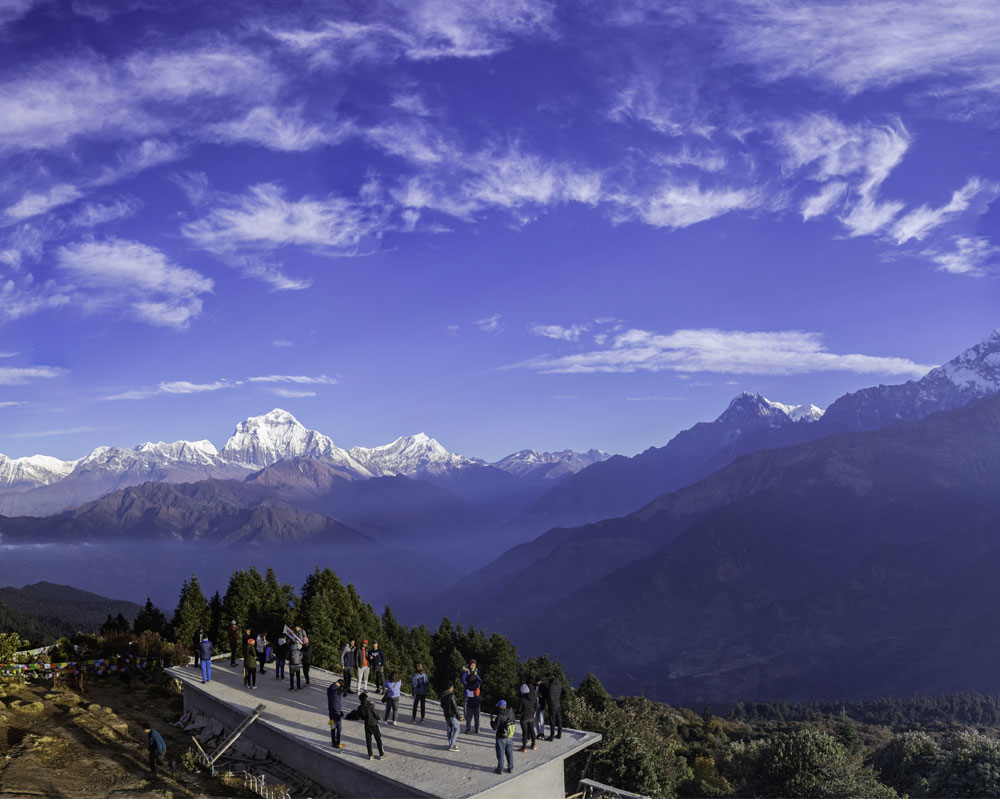 Pokhara valley is one of the most beautiful sites in Nepal consisting of many touristic places like caves, lakes, Hill stations, rivers, mountains, and many more.

Pokhara has one of the most breathtaking views of Mt Annapurna and Machhapuchhre which is recognized by National Geography Time and again. No doubt Pokhara is one of the most beautiful attractions as it's the gateway to Annapurna Base Camp, a truly inspiring trek that has a variety of options to wander around Green or white mountains.
Places like Ghorepani Ghandruk and Ghorepani Poon Hill trek are one of the popular and nearest destinations from Pokhara. 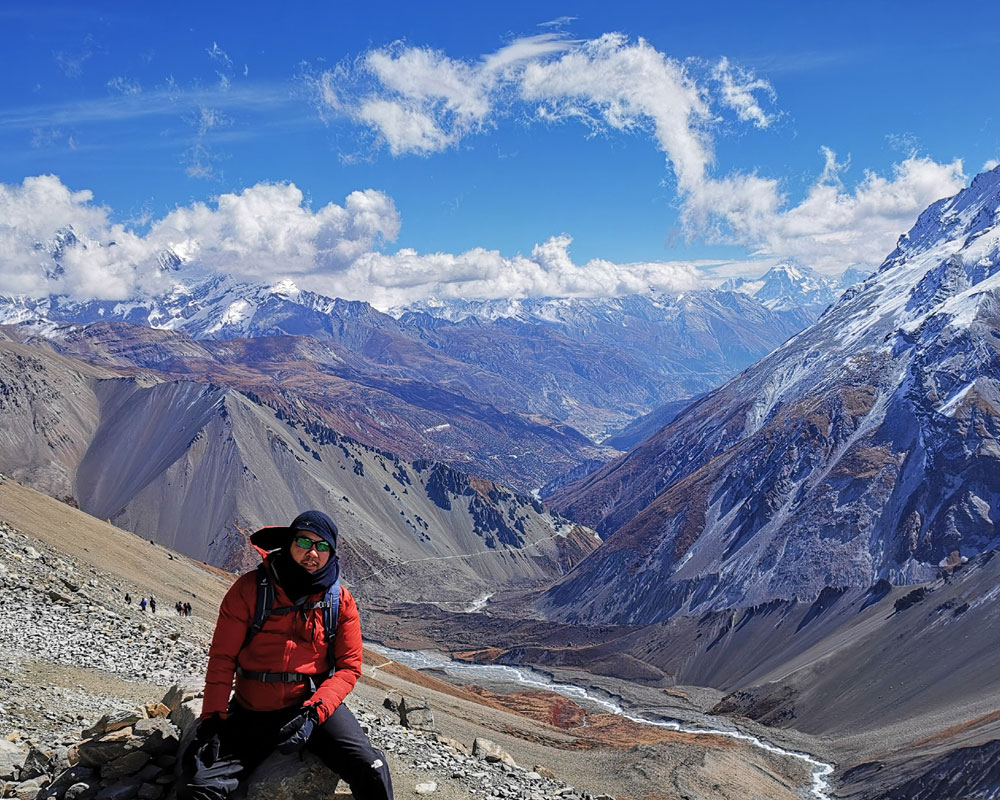 Above is the picture of the way to Tilicho Lake, a mesmerizing path to the shore of Mountains.

Either you do the Whole Annapurna Circuit Trek (which also covers Tilicho Lake which is the world's highest altitude lake at 4,919m above sea level) or just the Annapurna Base Camp trek (which is recognized by National Geography as once in a lifetime experience destination). 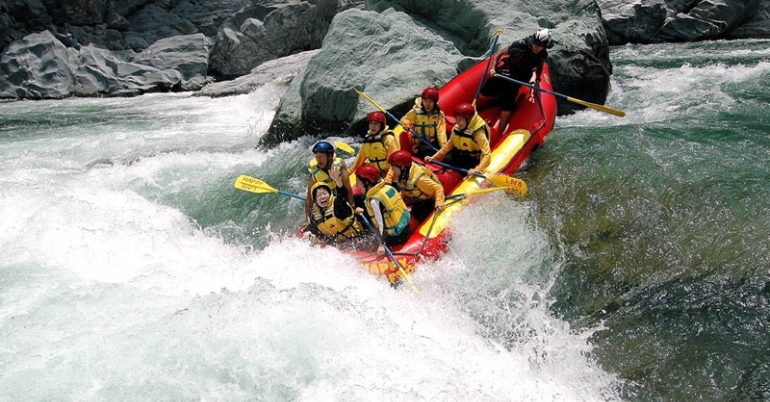 When people say, what else Nepal has for me other than mountains? There come adventurous activities like rafting, bungee jumping, paragliding, mountain flights, and what not?
Yes, if you just want to enjoy nature to its fullest, Nepal has almost everything. Rafting spots like Trishuli River Rafting, Sunkoshi River rafting, Sunkoshi River Rafting are one of the fastest water current rafting destinations of the world. Bungee Jumping Spots like Bhotekoshi Bungee Jumping is the world’s longest free fall deep down to 500 ft.

Planning for adventure in 2020? - Visit Nepal in 2020 and get a once in a lifetime experience with 100s of things to do in Nepal